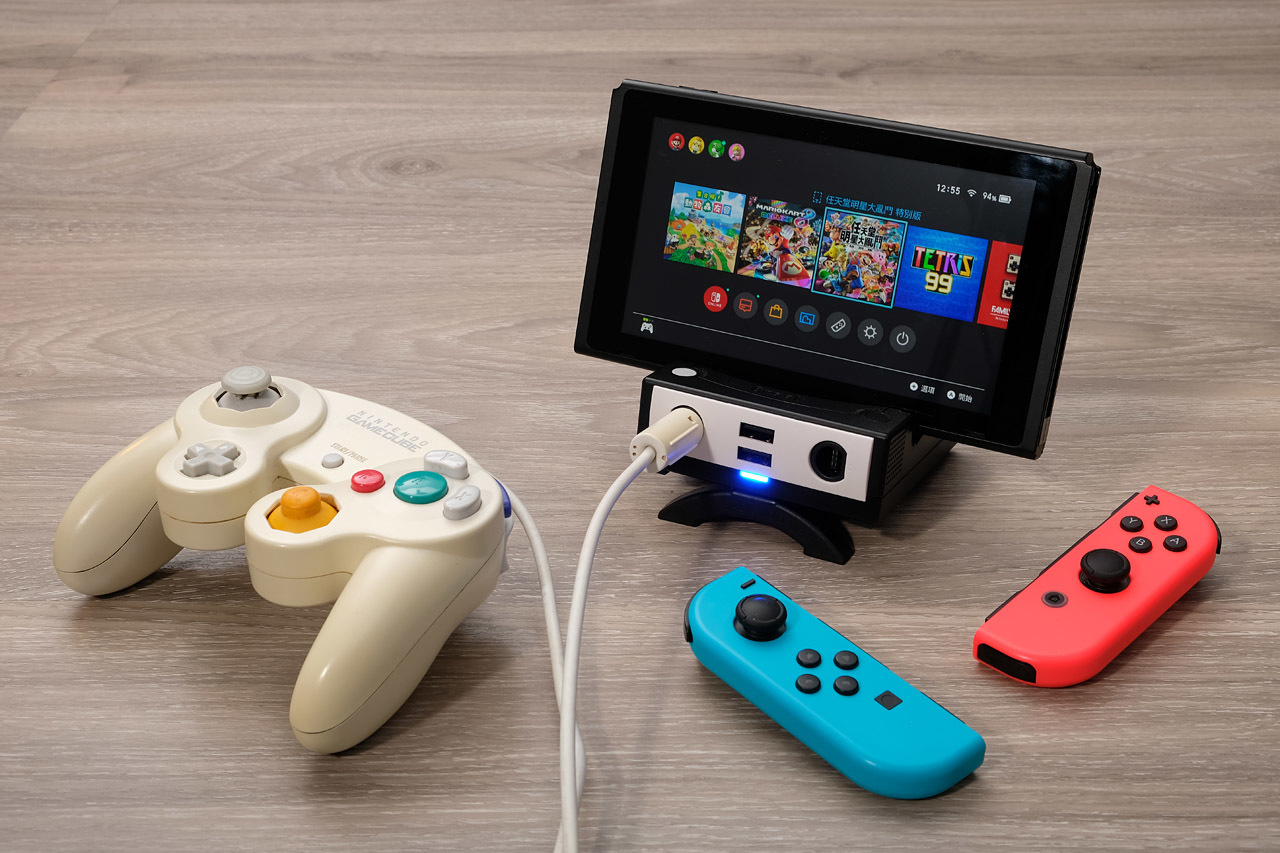 With the classic fighting game Super Smash Bros. has been out for nearly 20 years, many old-timers are already used to using the classic GameCube controller to play “Super Smash Bros. Ultimate” on Nintendo Switch. Aside from delivering low latency performance and fixing problems like wireless controller connection issues, it also saves them the trouble and pain of having to change controllers.

However, can the original Nintendo peripherals that come with Switch really fit the need of advanced Super Smash Bros. players?

Let us see what ShiNe, current player and champion of Brook Fighter 2020’s Super Smash Bros. tournament, has to say regarding this own personal experiences using Brook Power Bay!

Mazer | ShiNe, (Huang Tzu-Heng), loved Super Smash Bros. since childhood. Starting off as an amateur, ShiNe entered the eSports scene only in 2014 through Super Smash Bros. Nintendo 3DS/Wii U (Smash 4 for short). With close to 5 years of competition experience under his belt, he has participated in the Panda Global’s Super Smash Bros. PGR multiple times, with his best result being PR (Power Ranking) 19 in the SoCal Power Rankings as well as being the champion for Taiwan’s Taipei Major 2019 and Brook Fighter 2020. ShiNe is generally considered to be the number one player in Taiwan. 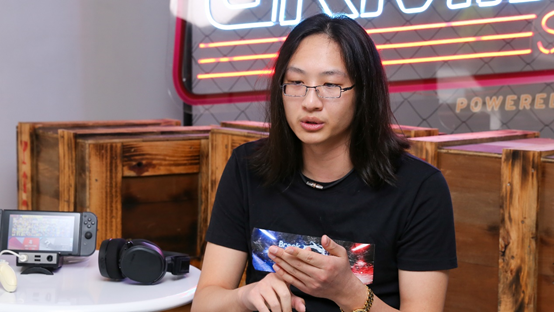 Originally, ShiNe only played Smash 4  online. After going to Southern California to study in 2016, ShiNe met many other players in the local gaming community, with the top 30 players of the area living right below his dormitory. As one of the bigger Super Smash Bros. communities, the United States is home to a whole variety of talents, with many of them seen in everyday life. It is an environment that allows for rapid accumulation of experience and growth.

Due to limits in Super Smash Bros. online connection and servers, most players prefer to play offline. Even during the coronavirus pandemic, ShiNe will spend hours playing at the home of acquaintances from Taiwan or at “Fist Bump”, a gaming lounge. 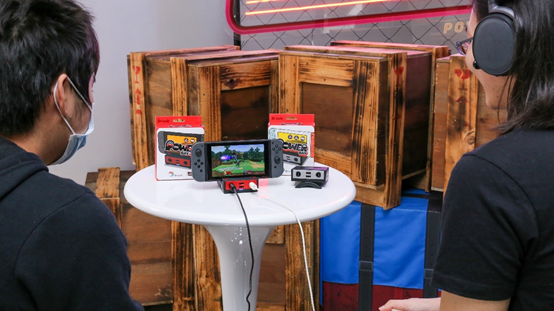 Having to take his equipment with him where he goes, ShiNe stated that most players using GameCube controllers had to bring not just the Nintendo dock but also extra controller converters while competing on other consoles. This requires both multiple plugging and unplugging of home devices and tedious hassle when it comes to carrying devices.

ShiNe also talks about how competitions in Southern California often offer a bonus of waiving the $5 entry fee if you bring your own gaming equipment, leading to many players bringing their own equipment, sacrificing convenience to save money.

This is specifically true for players who still use GameCube controllers for Super Smash Bros. This is why Brook is introducing the Brook Power Bay. One-sixth the size of a Nintendo Switch dock from Nintendo, it can directly connect 2 sets of GameCube controllers and 2 sets of USB controllers such as Switch Pro, allowing players to use turbo and remap function in-game.

Brook Power Bay does not require a power source to connect to GameCube controllers and Bluetooth. It meets PD quick charge requirements with Nintendo chargers; with stable transmission and offers multiple control. Plus, there’s no need to worry about the Nintendo Switch console getting damaged. Even though it is small and compact, it can firmly hold the console in place without falling. 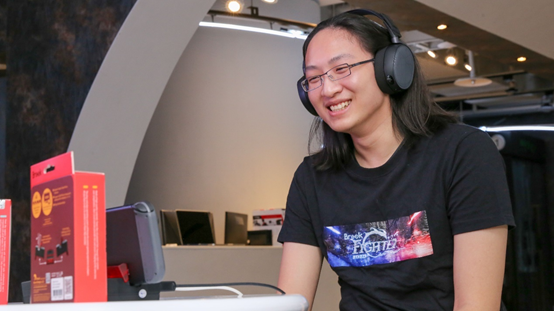 For those that want to project the console screen to wider screens for multiplayer modes, DO NOT WORRY. The product also supports HDMI output with Full HD 1080p 60fps, maintaining clear images for any screen between 20 to 60 inches. 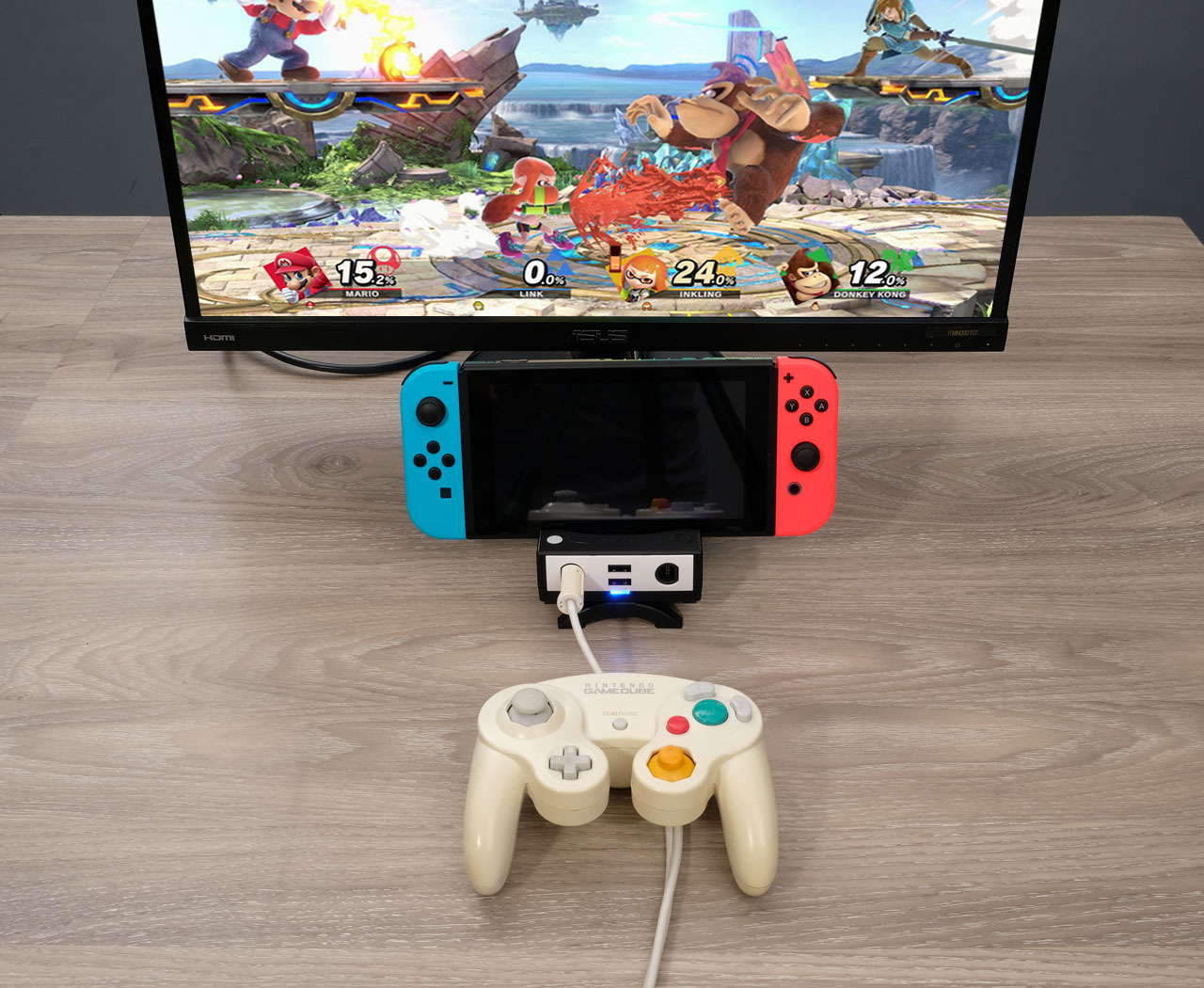 It is also worth mentioning that significant thought went into the design of Power Bay’s exterior, with the connection port in front and the handle behind resembling the GameCube console itself. Its design will sure to evoke nostalgia among enthusiasts.

In summary, ShiNe strongly recommends the Brook Power Bay to players who are used to using GameCube controllers. It means not having the need for cords or adaptors, and instead relying on a single device to connect the Nintendo Switch with GameCube controllers. Due to its convenient portability, it also serves as a very good choice as an integrated multi-purpose Switch dock peripheral for players who are often outdoors.

Brook Gaming estimates that April of 2021 will be when it launches the brand-new Power Bay Ethernet version. An advanced multi-purpose Nintendo Switch dock with Ethernet ports that offer improved connection stability, prevents wireless issues such as latency or disconnections, and allows for the enjoyment of a  smoother gaming experience. 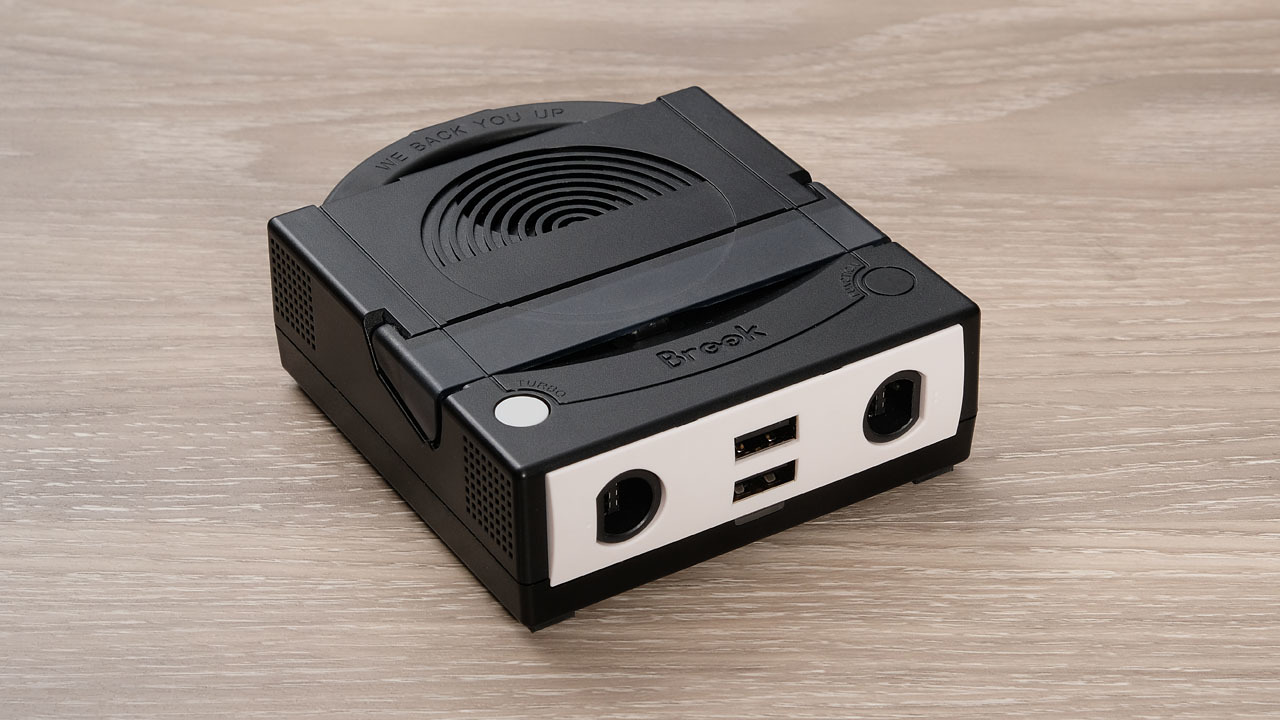 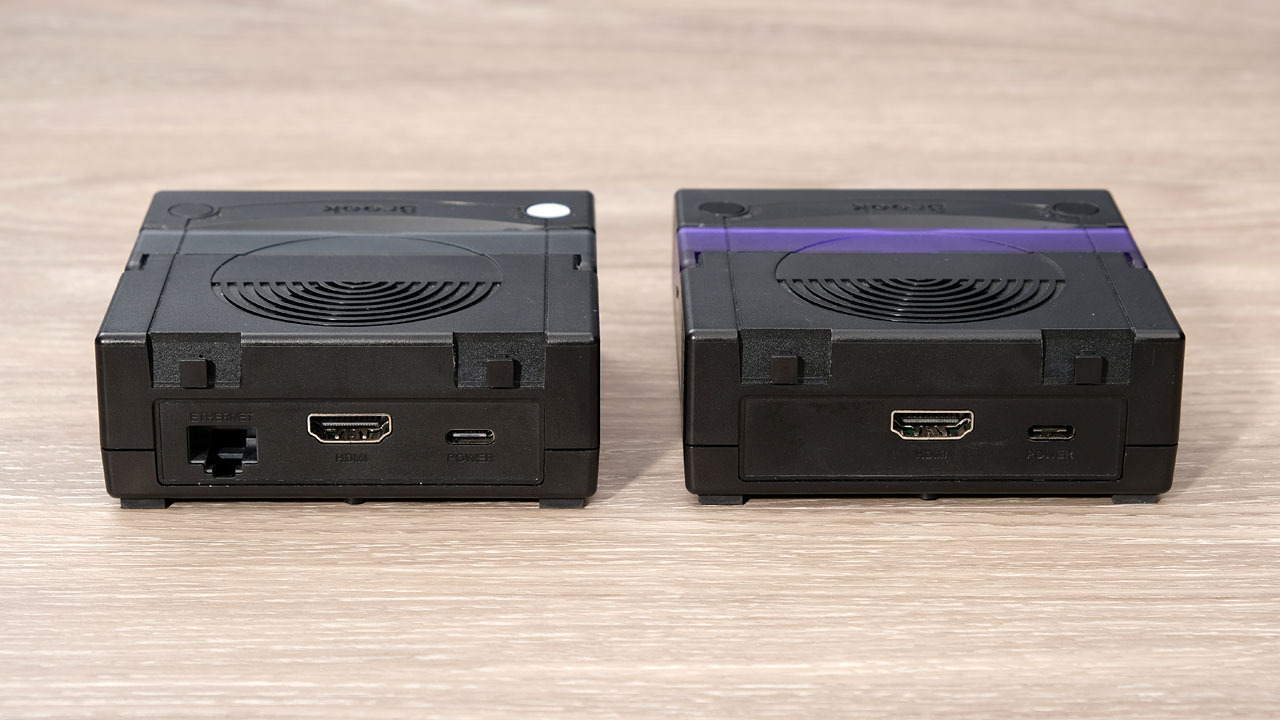 Other than the multi-purpose Switch dock, Power Bay for Super Smash Bros. players, Brook has also introduced new series of Switch peripherals, such as the “Brook Switch HDMI Cable Image Adaptor Quick Charge Cable” which is the optimal choice for a super-convenient and easy-to-use cable for the Nintendo Switch. Other series include the “Wingman NS Converter”, which  allowing players to freely pick gaming controllers; as well as the “XoneSE Adapter”, which gives the best Switch gaming experience in terms of user preference. 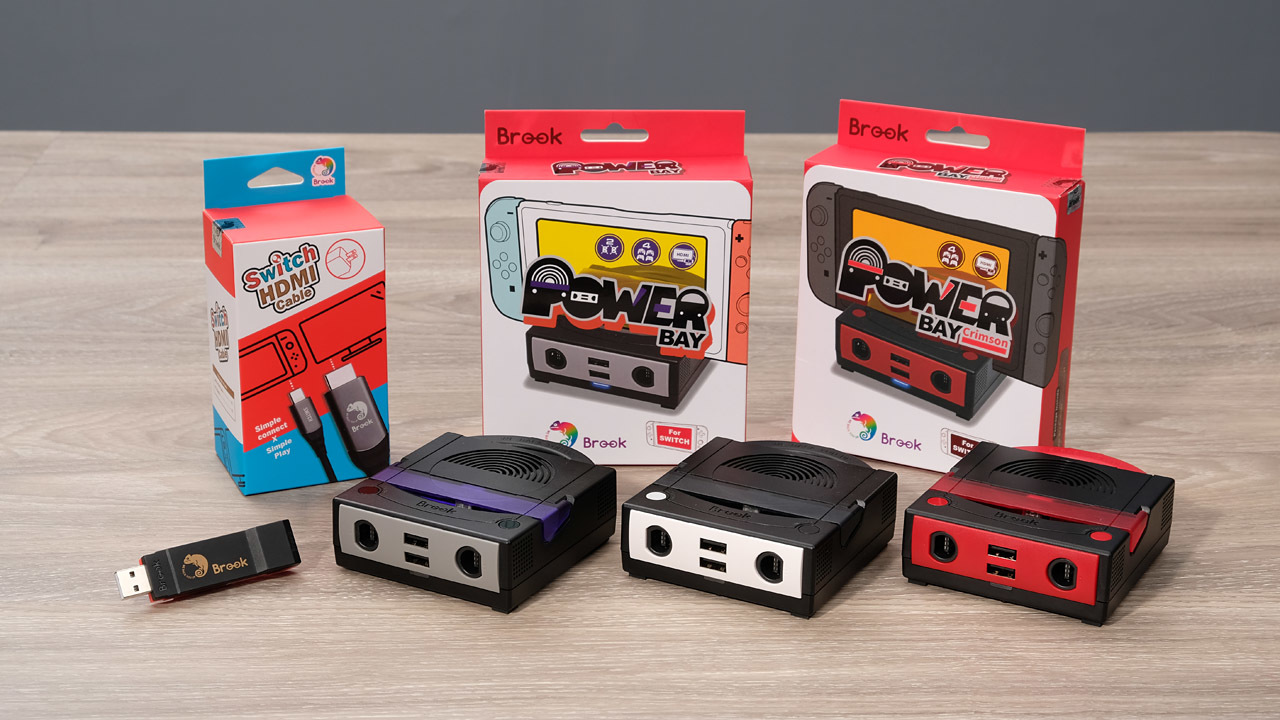